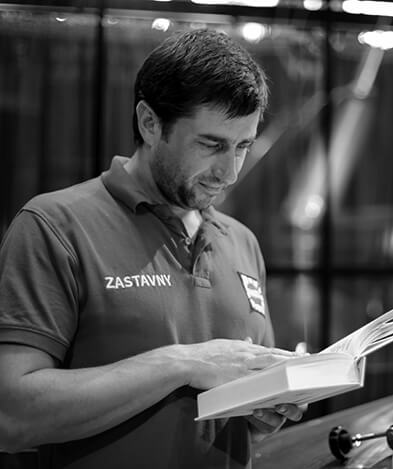 I planned and opened Beer Theatre “Pravda” in December of 2014, together with the partners/founders of !FEST Holding of Emotions.

I’ve been a brewteam member since the opening of Pravda. There, I learned brewing with the others, but 3 or 4 months passed, and I started to focus on organization of the whole restaurant and brewery. I’m looking forward to brewing beer again!

I worked in agriculture before “Pravda”, in particular, with a company dealing with agrotechnology. I’ve also been on the Board of Directors of several companies, as well.

I’ve enjoyed beer for a long time. I lived in Belgium for awhile, where I was able to see how many different beers there are in the world! Since living in Belgium, I just couldn’t stop thinking about how Lviv would be an ideal place to start a new beer culture for Ukraine.

Generally, I like all sorts of beer – for all different occasions. I find sour beers, hopped triples and, sometimes, bitter lagers rather tasty.

I enjoy walking in the Carpathians. I run long distance triathlons as an amateur. Previously, I took self-defense courses.